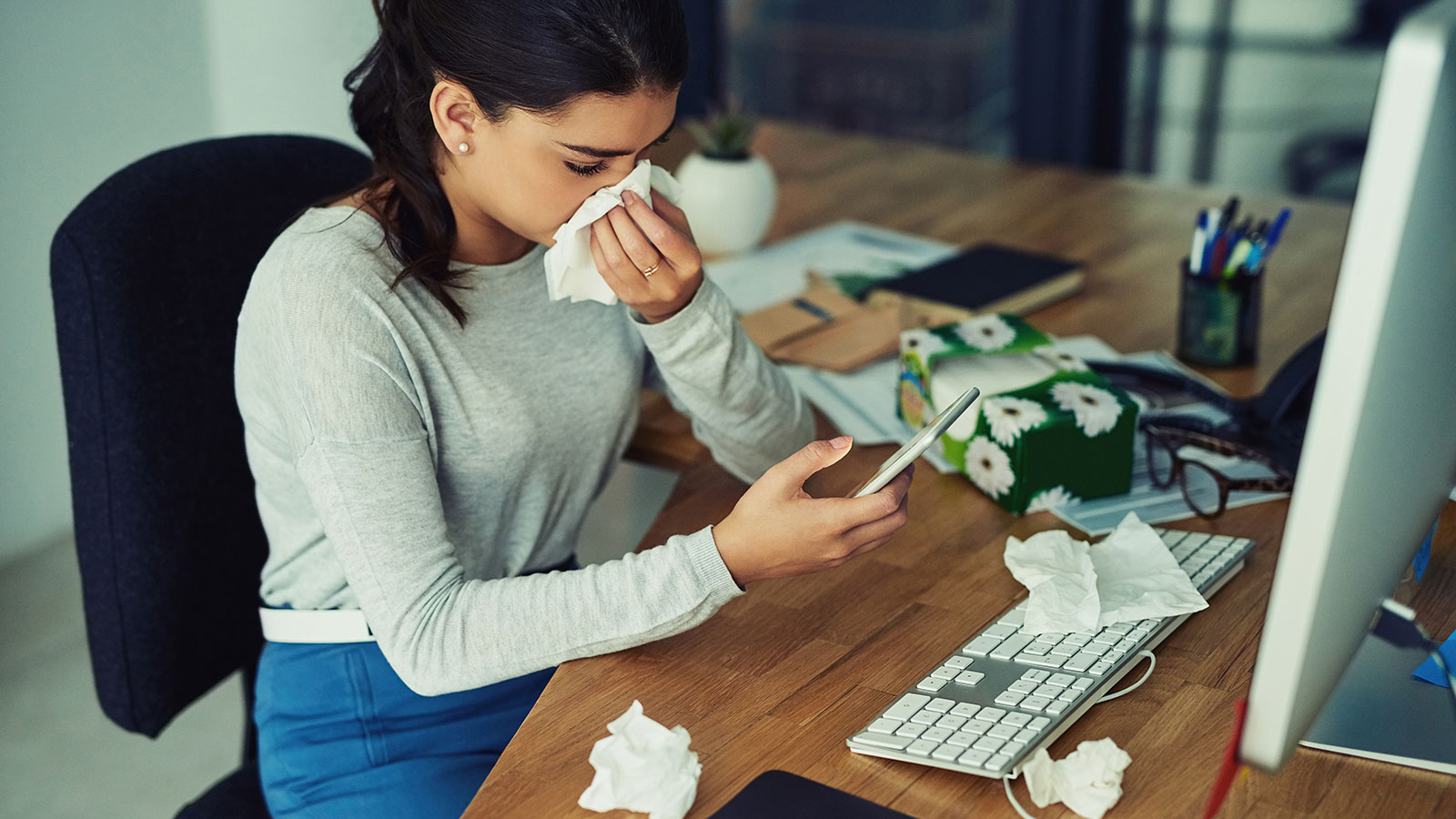 Fall officially arrives on Saturday – bringing cooler temperatures (in some parts of the country), college football and unfortunately, flu season. According to the Centers for Disease Control and Prevention (CDC) flu viruses are most common during the fall and winter months. Influenza activity often begins to increase in October and November. Most of the time flu activity peaks between December and February, but it can linger as late as May.

The 2017-2018 flu season was brutal. In the United States, there were over one million laboratory-confirmed cases of people with influenza who were admitted to the hospital. In Illinois and the Florida, school districts closed because so many students were out sick. Alabama even declared a public health emergency.

Last year’s flu season was record breaking, but even during a less severe flu season, five to 20 percent of Americans get sick. These numbers should concern employers, as a large number of ill employees can lead to serious productivity and efficiency issues. Here are six tips to help your employees stay in good health and remain flu-free, and keep your business running smoothly throughout flu season.

BioIQ is here to help employers implement a comprehensive flu immunization program, including the tools and technology to facilitate communication and engagement with employees and reports to track the program’s progress. To learn how BioIQ can help your organization plan for flu season, call (888) 818-1594 or email sales@bioiq.com.

1. Encourage employees to get vaccinated as early as possible

The CDC recommends that everyone 6 months of age or older should receive a flu vaccine by the end of October. It’s best to get the shot even earlier, since most flu vaccines take about two weeks to offer maximum protection – and it’s possible to contract the flu before or during that time period.

2. Make it easy and convenient for employees and dependents to get a flu shot

The flu vaccination can significantly reduce the chances of getting sick. There are multiple ways to provide vaccinations for employees, including onsite events and voucher-based programs at retail locations.

In collaboration with Walmart and Sam’s Club, BioIQ provides a comprehensive flu immunization solution designed to drive greater employee participation, which can result in fewer lost work days and higher productivity during flu season. BioIQ’s solution provides easy options for employees to schedule and receive their flu immunization at the location and time most convenient to them – providing employers with a fully coordinated immunization program managed through the BioIQ Platform.

3. Remind employees to steer clear of those who are sick

Remind employees to avoid people who are, or appear to be, sick. “The influenza virus is highly contagious — 70 percent of people who come in contact with it will get the flu,” says Randy Bergen, MD, an infectious disease doctor and clinical lead for Kaiser Permanente’s Northern California flu vaccine program. “The flu virus is spread through the air and can live on surfaces for hours and hours.” Offering paid sick days and a sensible work-from-home work policy can make a big difference in keeping your workforce healthy and productive.

Hand washing is an easy way to stop the spread of germs and one of the best methods to prevent flu. Consider posting signs in all restrooms and break rooms with information about handwashing and proper handwashing form. Remind your workforce to cover mouths and noses when coughing or sneezing. The best practice is coughing or sneezing into a tissue or your elbow or upper arm. This reduces the transfer of germs to keyboards, doorknobs and drawer handles.

6. Discourage employees from “powering through” the flu

Many employees will put off missing work until they are already well into their illness to avoid disrupting business or using too many paid time off days. Consider providing paid sick days for employees who are diagnosed with the flu or allow them to work from home. Experts recommend that sick individuals stay home until they are fever-free without medication for 24 hours. Ensuring employees stay at home while the illness runs its course is a great way to prevent infecting others.