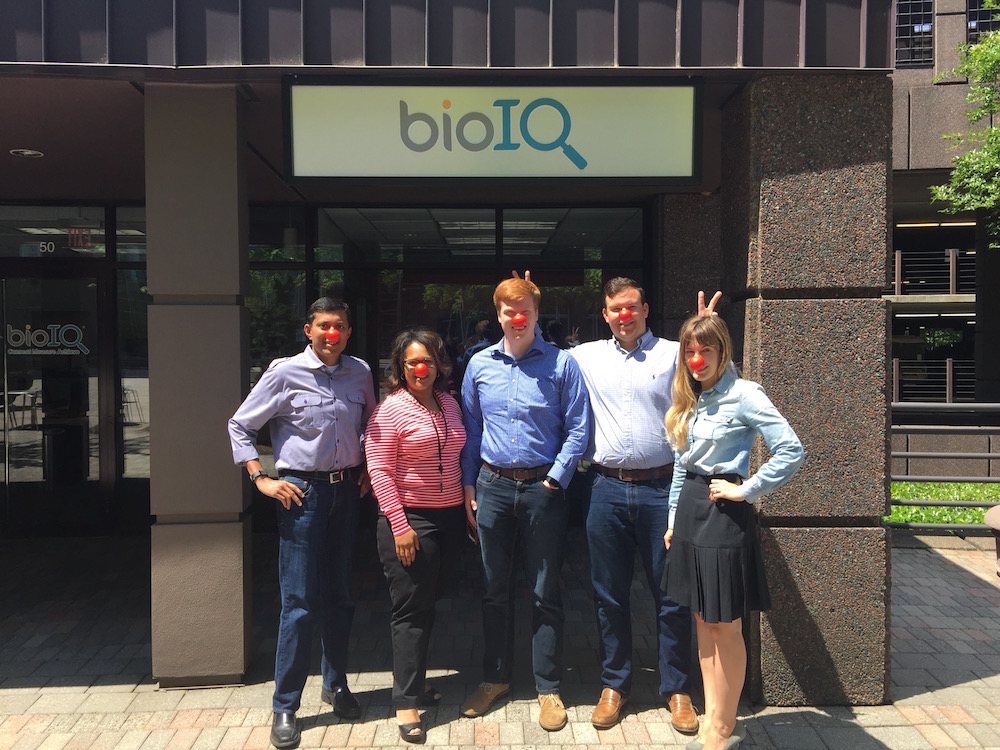 Red Nose Day is an annual day to make a difference for kids in need – here in the U.S. and around the world. In the weeks leading up to May 26, people across the country wore Red Noses and organized fundraisers to change the lives of children in need through projects to keep them safe, healthy and educated. In the last 25 years, Red Nose Day has raised over $1 billion globally. Half of the money will support programs right here in America, and the other half will assist children in some of the poorest communities in Latin America, Africa and Asia. These are some of the incredible ways the money will be used to help kids in need.

$1 will provide a meal for a child who is living in a homeless shelter.

$5 will bring medical supplies for a doctor’s visit at a mobile clinic.

$7 will supply books, supplies and activities to help a child keep his or her reading skills sharp during the summer.

$35 will pay for an eye exam and a pair of glasses for a child in need.

$5 will provide antibiotics to treat a child with pneumonia.

$4 will purchase an anti-malarial mosquito net to protect a mother and her baby.

$50 will provide a baby with vaccinations for 6 prevalent diseases, along with nutritional supplements and check-ups.

The BioIQ  team took direction from the campaign’s tagline and got #SeriouslySilly in a four-day photo competition on Twitter against Sensei, a partner healthcare company that makes technology personal through targeted interventions that prompt people toward healthy actions.

The competition was fierce (and bi-coastal), as members of both teams sported Red Noses in California, Georgia, Texas, Florida and New York. From poolside handstands to in-flight selfies and a slew of adorable pet pics, both teams stepped up to the challenge, laughed a lot and raised awareness for an important cause. Check out a few highlights from the week:

The @SenseiEngage pets are getting into the #RedNoseDay act too! @BioIQ pic.twitter.com/vUREge6kqM

Kicking off the third day of our #RedNoseDay photo contest with @SenseiEngage with a rather dramatic pet pic. pic.twitter.com/MyVgifmvdh

A #RedNose goes with everything. Today is #RedNoseDay, help us and @BioIQ spread awareness! pic.twitter.com/ywamPSTmPp

When you match the mural on #RedNoseDay. Coincidence, @SenseiEngage? pic.twitter.com/nV3QEjKn9p

Have #RedNose, will party. We love to get #SeriouslySilly @BioIQ pic.twitter.com/XA1fapgtGX

We can’t wait to see what our friends at Sensei have in store for next year’s competition!