From Challenge to Change: The Birth of BioIQ

A medical challenge became a turning point for BioIQ’s founders—and an impetus to change the U.S. healthcare system.

2005 started out well for Justin Bellante. As a doctoral student at the University of California, he was well on his way to a promising career in materials science. But everything changed in an instant when one of his friends and academic mentors suffered a fatal stroke as the result of an undiagnosed diabetic condition.

“Most of us passively assume that the health care system is going to take care of us,” Bellante recalls. “Yet how could a man who epitomized knowledge and insight be unaware of something so critical? And how can this happen to so many people every day without the underlying conditions being fundamentally addressed?”

BioIQ was founded to help people understand their health in a quantifiable way. As Bellante later learned, his mentor may have been saved by a simple A1c or blood glucose test, which almost certainly would have revealed his risk for contracting this devastating disease. Armed with that knowledge, a routine regimen of diet, exercise, or insulin injections could have helped prevent the stroke that ended his life. 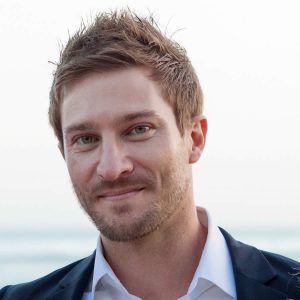 “We realized that there was a fundamental disconnect between the healthcare system and the people needing care,” recalls Bellante. “All the nodes were there —the diagnostic technology, the medical specialists, the methods for presenting information— but no one had taken a systems-level approach to putting it all together.”

Bellante and other members of the founding team were well versed in engineering and quantum mechanics, a science that deals with logical connections among subatomic systems.

Could their knowledge be applied to one of the other most complex systems of all—the U.S. health care system? They envisioned a home-testing service that would enable people to detect critical diseases through regular screening—often before symptoms occur. Personal lab results would be presented through secure health dashboards, along with targeted information to understand health results and take action. Just as your IQ is a measure of general intelligence, your BioIQ would be a way to measure your health.

At the time, most healthcare organizations were focused on the short-term challenge of cutting costs, leaving little time to confront the greater challenge of helping their member populations develop a proactive mindset about their health.

Employers were also just beginning to provide wellness resources to their employees, but little was done to first understand population health needs, or to measure the effectiveness of wellness efforts on population health.

The BioIQ team yearned to start a company that took an engineering approach to healthcare, measuring success not just in revenue earned, but also in population health improvement and number of lives saved. Research revealed that nearly half of the U.S. population was at risk for developing a serious health condition that could be prevented if detected early.

Since those early years, BioIQ has gained traction in the wellness industry by connecting people and populations with solutions to measure their risk for diabetes, heart disease, and cancer. Today the company’s valuable intellectual property lies in the technology platform that automates these activities. This platform has become a central hub for securely exchanging electronic health records among employers, health plans, laboratory networks, physicians, hospitals, retail pharmacies, home health care providers, and accountable care organizations (ACOs).

“BioIQ has proven its ability to connect people and populations with solutions to measure vital health metrics and securely exchange wellness data,” says Bellante. “We have helped thousands of organizations and millions of people take a more proactive role in achieving their optimal health.”